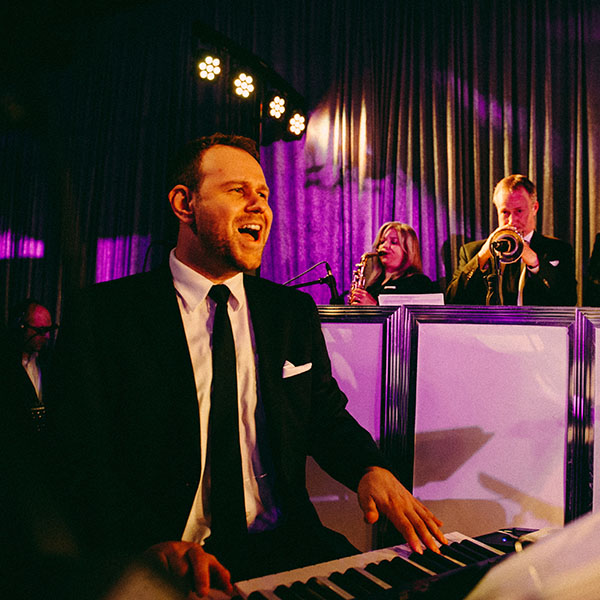 Paul is a welcomed asset to The Directors for multiple reasons. His mastered abilities in performance and musical arrangements have brought the band to an entirely new level.  Paul Shrofel is a professional Juno award winning jazz pianist, composer and producer. Holding a Bachelors and Masters degree in music from McGill University, he is a graduate of Precursor’s Digital Music Production program. Paul has worked with top names in the music industry such as internationally acclaimed jazz artists Sophie Milman, Nikki Yanofsky, Herbie Hancock and legendary producers, Quincy Jones and Phil Ramone. He has produced arrangements for the Count Basie Orchestra, recorded with Randy Bachman, performed with Chris Botti, Chick Corea, ManhattanTransfer and toured alongside operatic pop vocal group Il Divo.

Paul has an extremely diverse skill set that enables him to create and perform music in a wide range of genres from Jazz to Electronica and for applications as diverse as film, television and the web.