The Directors Showband have been busy entertaining Montreal.
In May, The Directors were chosen to perform at the Maimonides 100th Anniversary.

The Jewish Community came out to honor the last 100 presidents.

Produced by Jason Katz (Atmosphere Communications and Events) and the Maimonides Committee, it was an unforgettable evening for all.

Mc for the night was CJAD’s Andrew Carter . 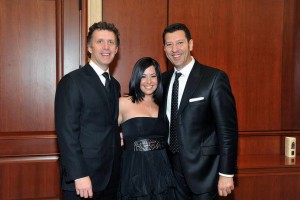 Special Feature for that night only was Montreal teen singing Sensation “Nikki Yanofsky” . 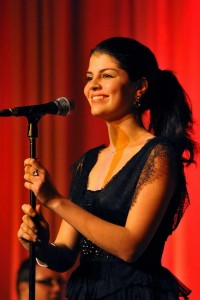 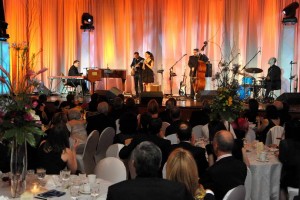 For those of you who don’t know, here’s a little trivia, Nikki Yanofsky got her start while singing with her father’s band at the Maimonides Battle of The Bands in 2005 which happens ever year at Metropolis. The Monies raised goes towards the Suite Dreams campaign – a capital renovation project to refurbish all of the resident living spaces.

That night, Nikki was presented with her first gold plated album. ( Presumably the first of many …)
Good Luck, Nikki!

Ofcourse no celebration is complete without some live entertainment that keeps the crowd moving and grooving from the very beginning of the night until the last person leaves.  Montreal’s most sought after Showband graced the stage with a sweet dinner set and high intensity dance set.

Needless to say that there was no shortage of FINE entertainment.

It seemed everyone was enjoying themselves….

NOTE: ALL PHOTOS FOR MAIMONIDES CENTENNIEL ANNIVERSARY WERE TAKEN BY HOWARD KAY.
If you would like to see more great photos from this event, go to www.howardkay.ca

The Directors would like to thank Atmosphere Communications and Events, the Maimonides event Committee and the Shaar Hashomayim Synagogue.
Without all who participated on this event, it could not have been the success that it was.

THE DIRECTORS SHOWBAND – Unlike any other band in its class
The soundtrack to YOUR next event.

This site uses Akismet to reduce spam. Learn how your comment data is processed.